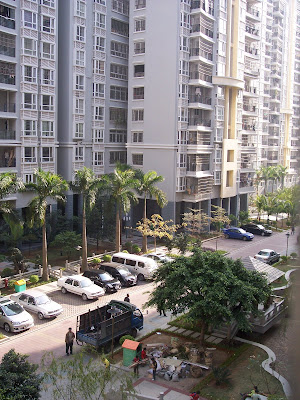 whenever anything good happens, something bad happens just to balance it out.
so i got a new apartment. i'm renting it for 6 months which is perfect. initially there was no furniture and she wouldnt sign it over for less than 1 year. but luckily with some skillful chinese baragining, my roommate managed to smooth things out and we got some basic furnitures and the 6 month deal. we looked for soooo long it seemed. maybe 3 days of walking around to every empty place in xiangzhou. which is a big area, btw. up 7 flights of stairs just to find out there was no western toliet. but the place we ended up getting was the 2nd one we looked at.

about it, it's 3 bedrooms, 1 nice western toliet, no tub, a GREAT kitchen, a HUGE living room, and a nice little balcony for laundry. the area is a little further from gongbei than i'd like to be, but eh. what's another 10 minutes on a bus. more time to listen to my chinese lessons on the ol' ipod. what else... oh! it's near the bus stop, but not next door like my current place. which means i'll be able to sleep at night and in the morning instead of listening to the constant traffic noise of large busses. other good things, it's away from the central hub of TPR and TPR teachers. there's a new crop of foreigners coming in soon, and while I plan on being friendly and helpful, i'm not going to get too close. i hate investing so much in people only to have them leave, or they're might not be worth my time :) as it stands i have enough friends and drama to deal with now. call me anti-social.. but it's not true. haha. 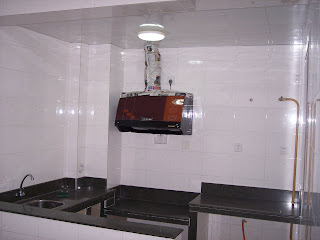 anyways, back to the fabulous new place. so we had to buy some appliances for it and a few more furnitures. so that was an adventure yesterday, in itself. joe and i went to this second-hand market to look around and save ourselves as much money as possible. it was a lot of fun, except of course, i'm probably the only foriegner they've seen out there. maybe that's not true, but damn if it didn't feel like it. i mean people stare and look everywhere i go, this is a fact of daily life. however, i felt like they should be throwing peanuts because i was such a freak show. well my sociabablness got the best of me and when one of the toddlers walked over to me i started playing and talking to it. which made the parents go ape shit. and then they were even worse when i started speaking chinese to them. it was great practice. but after about 4 hours of shopping and talking chinese i was getting pretty tired. we managed to get out of there with almost everything we needed (mattresses, washing machine, fridge, stove, sofa, office chairs, rice cooker, big toaster over, water dispenser) for under 2000. including the 50yuan delivery and moving service :) 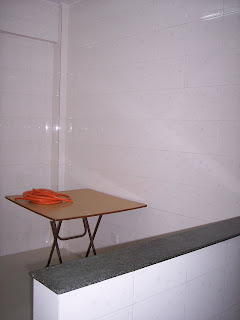 so there are some pictures of yesterday and my new place to be uploaded soon. bubblshare is still acting a little weird. i might stick them at the google place.

anyways... so that's the good stuff. however, bad stuff. i lost my cell phone. pretty sure it got stolen. mostly my own fault. however. worse stuff... you can't reclaim your phone number with out this little card they gave me 6 months ago. anybody know how good i am at keeping up with things? yeah, so i lost it.
but oh, it gets better. after about 2 days of no phone, i couldnt wait any longer. i bought a new number. better than that, today after cleaning up and preparing to move. i found the only card with my old password on it. AH. so now what?

there are worse things in life i'm sure. it's just a pain.

hmm anything else exciting? maybe i picked up a part-time job like thing. an english club-ish deal except instead of lecturing and being really ineffective for 2 hours, we sit and watch english movies, then a little english-lesson/activity, then we play this game called "the killer game" which is basically a murder mystery type thing, where people play different roles (cops, killers, civilians) and everyone tries to figure out who's who. but people lie to protect themselves, and time is agaisnt you because every turn someone else is eliminated. it's a nice change of pace to sit and play mental games, instead of drinking the night away. it doesnt hurt that one of the managers is a cute guy who's a little older than me, speaks fairly good english, is cute, can drive a car, is really friendly (i know he just wants me for my english, but hell, who doesn't here?) and i found out yesterday when he was helping me move furniture, is single. hehehe.

yes brandy is on the prowl for a potential boyfriend. the single life is just working for me anymore :) not that i planned on getting married (calm down mom) i just want something to occupy my time for the next 6 months or so. and plus maybe it will keep me at home more, cooking and watching movies. i need to save money for a plane ticket home, and for future travels around china.

so these are just somethings going on around me right now. my chinese is going really well i think, so is the weight loss. i'm determined to start exercising but haven't settled on anything yet. ashley is going to do yoga and he goes to the gym. and now that i moved i'll be walking a bit more just out of necessity. so that should help. i'll probably get another bike, so i can come down to wanzaisha more easily.

anyways... hope this is a long enough blog to satiate you brandy-starved people ;)
leave me some comments. send me an email! i need some love!!!
Posted by Brandy at 11:26 AM 3 comments:

Since I'm at home

and still sick... I can treat you to another update about my life. I think I'm ready to start taking some steps forward in life. It seems like I'm standing still lately. I'm not sure exactly where I'm headed. And I've never one to use a map, but thankfully I'm pretty good with directions and when I follow my gut I seldom get lost. Right now, the gut says move. I know what I don't want to do, and now that's enough for me.

More on his later.

For a look at what has inspired me to look into part time work with a translation company... check this page out... Chinese English Menu
Posted by Brandy at 4:04 PM No comments:

Now that the internet seems to be working...

Hi again everyone. Let's see what's been going on these days in the wonderful life of Brandy. The not-so-fun stuff has been a partial root canal and then a really bad cold, which I'm still battling. Seems the only medicine they have for pain is ibuprofen. bah. But also TLC seems to help. Doug, a fellow coworker, came by today and brought some chinese medicine, oranges, and beef broth for lunch. It really really helped.

other than that i've got a pretty tough decision coming up about where and with whom would i like to live. one option is to move to a very nice 3br place that's a little ways away from where i live now. it's bigger, it's nicer. but it's also near nothing. no main bus lines. and certainly no other foriegners. now for me, this could be a good thing. "being out of the loop" so to speak. most of the foriegners i know are either leaving, or they already live not near me, so moving wouldn't matter. another bad thing, it's up 6 flights of stairs. I asked the current occupants, do you ever get used to it? nope. and they're health nuts to boot. well, more fit than me at least. ayyy.

other news, i finally started those dance lessons i've been meaning to take. ashley and i started tuesday night with the cha-cha. should be interesting. but it could take months :)

well, my brain is fried and i need some rest. the weekend is approaching faster than it should. i'll leave you with a link to some christmas pictures, and some others.


A Link to Other Picture Albums
Posted by Brandy at 5:56 PM No comments: 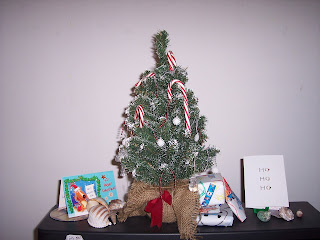 So Christmas was really nice. Daniel and I smoothed things over towards the end so that everyone could enjoy his last few days. We had a nice batch of eggnog made by Kevin. And we all brought presents for a white elephant gift game. Then we shared christmas memories from back home. It was cozy and nice. I think it really helped us all make it ok in such a strange land. Pictures are on the way however due to an earthquake nearby last week the internet has been messed up and loading sites from overseas is damn near impossible. As soon as all that is fixed then I will be sure to get all the great pictures and videos. 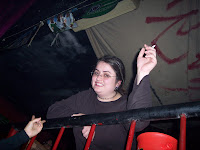 So here we are at the start of a brand new year. 2007. As my friend james says, "and still no flying cars" I'm still finding it unbelievable. I'm in China. I'm learning Chinese, I'm even learning to read and write it. I also can't believe that I'm happy. Learning to enjoy being happy has been one of the biggest challenges I've faced this past year.

Well it's off to dinner. As alwawys, more to come.
Posted by Brandy at 1:22 PM 2 comments: